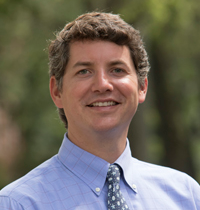 Will joined Lawrenceville as the dean of admission in July 2016.

Will joined Lawrenceville as the dean of admission in July 2016. In addition to his work in the admission office, Will is a duty master in Raymond House (9th grade boys), an academic advisor, and assistant coach of the varsity baseball team. Will graduated from Bates College in 2000, and began his teaching career in 2003 at his alma mater, Holderness School (NH), where he taught math, coached snowboarding and baseball, and served as a dorm parent.

In 2007 Will earned an MBA from Duke University and spent two years working within Johnson & Johnson’s Consumer Health Care group. It was during this time that Will missed the rewarding work being done in independent schools and transitioned out of the corporate world. Returning to independent schools in 2009, Will served as the director of middle and upper school admission and director of financial aid at Brimmer and May School (MA) for three years.

Will then spent four years in The Taft School (CT) admission office while also running a dorm team, and coaching soccer, volleyball, and baseball. Will joined the ALC in 2017.